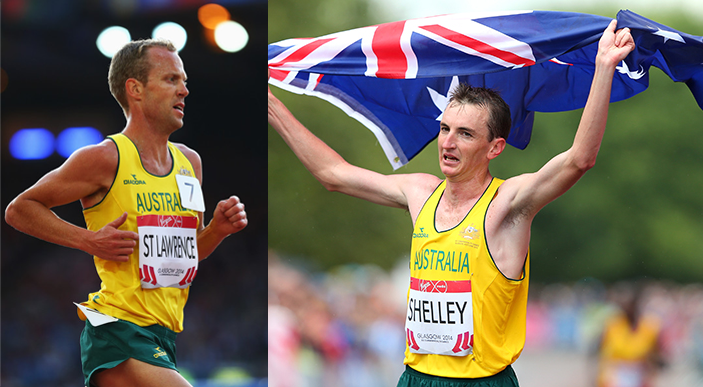 The 10k event on 12 July will give both Shelley and St Lawrence a good indication of how they are travelling with their preparation for the Rio 2016 Olympic Games.

Ben St Lawrence is looking forward to a great race against Michael Shelley.

“I’m just coming back from some time off through injury, and have the World Championships coming up at the end of August. A race such as this will help to boost my fitness.

“Michael Shelley is always a tough competitor, and we’ve had some close battles over the years. Shelley will inevitably make the race hard so that the fittest man wins. Hopefully this will be another good, close exciting race.”

“I am really looking forward to taking part in the Real Insurance Sydney Harbour 10k – it’s great to be trying a new event and to have Ben there will make it a great race,” said Shelley.

“This 10k will give my coach and I a very good indication of how my preparation is going – it’s going to be a tough race with Ben but should be a great result.”

“Anyone can enter the event whether you’re a seriously committed runner looking to test yourself, someone who runs for general fitness who’s preparing for one of the classics later in the year or just someone who enjoys a social walk or jog,” said Larden.

“It’s an easy course that takes in some of the best views of Sydney Harbour and you can relax afterwards in the great atmosphere of The Rocks after you finish for a great Sunday in Sydney.”

To register in to take part in the Real Insurance Sydney Harbour 10K or the 5k event, enter online at www.sydneyharbour10k.com

Sorry, the comment form is closed at this time.